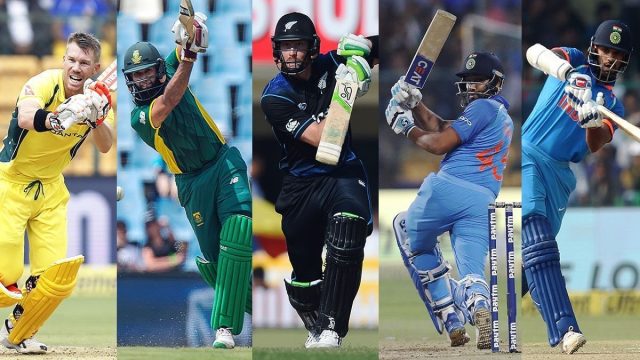 The opening partnership is one of the most crucial parts of cricket. Logically speaking, your openers are the first impression of your team. From facing the brutally swinging new ball to tackling the pace openers do it all. From the longer and slower test format to the shortest and charismatic T20 format, openers make a difference in both. So, who are the opening duos that have done exceptionally well in the last 20 years of cricket? Here’s a look: –

This opening partnership was the mainstay of the Sri Lankan batting lineup from 2009 end to 2013. Dilshan who was initially batting in the middle order was promoted up the order and was doing wonders. Upul Tharanga being left-handed complimented Dilshan very well. Time and again the partnership used to give good starts to the Sri Lankan National team. Their significant dominance was in the One Day International scenario. One can never forget the kind of dominance this dynamic duo showed in the away series against India in 2009/2010. Tillakaratne Dilshan was the more aggressive one of them while Tharanga took the passive notion.

Talk about the South African batting and these two names are bound to pop up. Graeme Smith and Herschelle Gibbs held the front of the South African batting in the mid-2000s and early 2010s. The strategy of the duo was simple. Gibbs used to take the aggressive style of play while Graeme focused on moving the ball around. Tru cricket fans will never forget their contribution to world cricket. It is because of these two men that South Africa chased down the largest ODI ever. This batting duo was playing way ahead of their time.

Again, a combination of fire and ice. David Warner and Aaron Finch have been the mainstay in the Australian top order for 7 to 8 years. This elite batting combination has done wonders for them. The most significant contribution of them was the World Cup in 2015. In the semifinal against India, it was the batting that helped Australia win. Ever since the 2013 away series against India, Australia seems to have stuck with this batting combination. Another advantage that this duo provides is the left-hand and right-hand combination. This makes life hell for the bowlers. They have 12 100+ and 14 50+ partnerships.

Another South African pair in this list. Hashim Amla and Quinton De Kock were a nightmare for the opposition bowlers. From 2015 to 2019 the duo remained at the peak of their form. The away ODI series against India defined Quinton De Kock and Amla’s partnership. Inning after Inning, Amal and De Kock made sure that the South African’s get a good start. This duo too was having a right-handed and a left-handed batter. De Kock was the more aggressive one. They made 11 100+ and 14 50+ partnerships.

Like Warner and Finch, Johnny Bairstow and Jason Roy have dominated in recent years. Year after year from 2016 this duo has belted bowlers from all over the world. Bairstow and Roy have set the template for the English batsmen. They are the pioneers of the slam-bang approach that England has adopted since 2016. The idea is that Johnny and Jason go after the bowlers from ball 1. They set the tone up from the word “Go”. They attack the opposition till the opposition’s spirits are low. Boundary after boundary after boundary. And this has proved beneficial for the team with them winning the 2019 ODI World Cup. They have made 13 100+ and 9 50+ partnerships.

The Champions Trophy in 2013 gave to Indian Cricket the opening duo of Rohit and Shikhar. An opening partnership that has been dreaded by world cricket ever since. This is the only duo that comes closest in comparison to the iconic Sachin-Sourav partnership. Shikhar is the left-handed aggressive beast. On the other hand, Rohit is the right-handed giant. Ever since being promoted as the opener, Rohit Sharma has scored 3 200+ scores in the ODI format. This duo has scored 17 100+ partnerships and 15 50+ partnerships.

Hayden and Langer were the mainstays in the Australian test batting squad. Hayden, the left-handed beast used to belt the bowlers till their tears. While Justin Langer was the more patient and a conventional test batsman. This couple was the nightmare of several bowling lineups. In the early 2000s, every opposition was scared to bow to them. They scored 14 100+ and 24 50+ partnerships throughout their careers.

This duo was the pioneer of the slam-bang approach adopted by England in 2019 and Sri Lanka back in 1996. They believed in the “punish or perish strategy”. Attacking and attacking and attacking the opposition till their spirits are shattered. Haydos and Gilchrist scored 16 100+ and 29 50+ partnerships while being together on-field.

For all the cricket fans in the early 2000s, I would love to settle this debate. Sourav and Sachi were statistically a better opening pair than Hayden-Gilchrist. This long-standing debate is due to the stature that both these duos hold. Sachin and Sourav were absolute hurricanes. They struck without a warning and crashed hard. They dominated almost every opposition. Sachin-Sourav scored 21 100+ partnerships and 23 50+ partnerships.