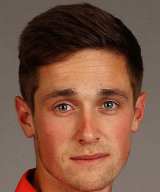 Chris Woakes’s Profile: By the time Chris Woakes returned from England's tour to South Africa at the start of 2016, he feared his Test career was over. He was 27 by then and had played six Tests. But, despite bowling respectably on almost every outing, he had never quite made the breakthrough and a bowling average of 63 made dispiriting reading. It looked as if he may be remembered as one of cricket's nearly men.