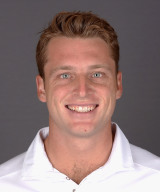 Jos Buttler’s Profile: England have had many players down the ages who have gained world acclaim, but Jos Buttler can claim to be their first global Twenty20 superstar. Buttler has helped bring England's limited-overs batting into the 21st century. His impact on the one-day and T20 sides has been extraordinary and, as of early 2016, he had England's three fastest one-day hundreds to his name - thrilling innings against New Zealand (Edgbaston), Sri Lanka (Lord's) and topping the list a 46-ball onslaught against Pakistan in Dubai. As an illustration of his transformation of English cricket, when it comes to the fastest one-day century, no other England batsman ranks in the top 40.