Dream11 IPL2020, Match no 55 was held between Delhi Capitals and Royal Challenger Bangalore at Zayed Cricket Stadium, Abu Dhabi. The match was played on Monday, 2nd November to claim playoffs spot by both the teams. This was a very high-intensity match, as both the teams under pressure from previous back to back, defeat want to claim top 4.

Earlier, Delhi capitals won the toss and elected to bowl first. DC bowlers this time tried to put pressure onto RCB dangerous lineup. Rabada got the young Joshua Phillipe out in the powerplays. While, Devdutt Paddikal played a sensible knock, scoring 50 runs in 41 balls.

Virat Kohli tried to settle down but Ashwin picked him in the 13th over. Wicketkeeper AB de Villers scored 35 off 21 deliveries with a strike rate of 166.67. In the end some hard-hitting by Shivam Dube to get to a total of 152 – 7 in 20 overs.

For Delhi Anrich was the pick of the bowlers as he managed to dismiss three RCB batsman, while, Rabada got two and Ashwin got one on his account.

Once again Delhi’s openers weren’t able to make a stand for their side. The young Prithivi Shaw got dismissed in 2nd over of the innings. Ajinkya Rahane was sent at number 3 for DC. Shikhar Dhawan and Ajinkya Rahane took DC past 100 runs in 12 overs. Dhawan and Rahane were looking good and were expected to close the game 1-2 overs early.

Shahbaz Ahmed got Shikhar Dhawan after his well-made half-century. Shreyas Iyer and Ajinkya Rahane were sent to the dugout in quick succession by Shahbaz Ahmed and Washington Sundar respectively.

Till this time all the calculation for the Playoffs race between the two sides were accomplished. It was clear that both the teams will reach the Playoffs. Delhi Capitals are at number 2 position in Points Table and will play Qualifier 1 against Mumbai Indians.

RCB will have to watch the last match of IPL to get their exact position in the top 4. If Sunrisers win against Mumbai tonight,  then Sunrisers will get qualified for Playoffs and will be at 3rd Position, RCB will slip down to 4th slot due to Net Run Rate lower than SRH. But if Mumbai beats SRH, then KKR will get qualified for the 4th slot and RCB will remain at their position.

It’s a mixed bag. As I said at the toss, you come to games to try and get the result your way. Through the 11th over, the 17.3 mark was informed by the management. I think we controlled the middle phase really well and they could’ve taken the game away from us. We are happy that we’ve qualified. Top two would’ve been really very nice. But I think we’ve played good enough cricket to earn a qualification spot. You could say just before the qualification, the mindset was a little bit tentative. We’ve got two games to reach the final. We have a shot, an opportunity and that’s all we want as a team.

I’m sure the guys will be excited about what’s ahead for us. We can be more more brave with the bat in pockets. With the ball, we were decent, probably we could have a strong Powerplay which is our strength. If we implement those things, we’ll be at the right end of the result. It’s important to stay positive. There are going to be learning along the way, but we are glad that we are through. We’ll have to assess what’s happening, hopefully they’ll (Morris and Saini) be fine by the time we play our next game. And see how they go in the next few days.

Ricky told me that I am going to bat at number three. It’s a good position to bat at. Our bowlers did really well for us. I enjoyed the partnership with Shikhar. The communication between us was all about intent. We weren’t thinking about any target. It was all about playing proper cricketing shots. I wanted to finish the game. We all know how funny the sport is. We’ve seen how things have happened in this IPL. Feels great to win in the end.

Very chuffed with the performance. We knew it was a do-or-die and an opportunity for us to get to the second spot. We were really motivated. The teams winning in the latter half completely changed the scenario of the table and it was really commendable. Really happy with how the tournament has gone so far. The bowlers were really up with their plans and they knew what they had to execute. Nortje was really good and it worked out pretty well. Kudos to the way the bowlers bowled. We are one of the best teams in the tournament and we need to stick to the basics and if we try and execute our plans, the results will come.

Anrich Nortje | Player of the Match:

I said it time and time again, it’s just doing the basics right and wasn’t about something special from one guy. Coming into this game, small things started feeling better and I think those small things, once you get that right, you get your rhythm. We were thinking to make them hit to the bigger boundary and stick to our plans against each batsmen. There was little bit dew at the end of our innings and we tried not to be predictable. Yorker would have been the obvious option and we wanted to change it and see how it goes and wanted to hit the hard length. Having a bit of extra pace always helps. All ready for the playoffs (smiles).

IPL 2022: 3 Players Delhi Capitals might retain ahead of the IPL 2022 Mega Auction 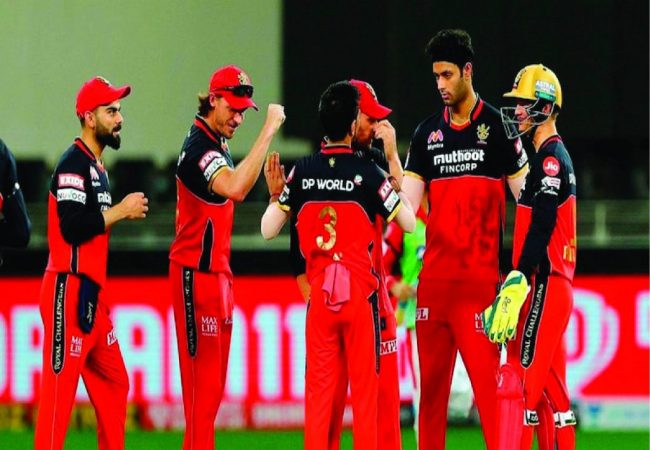 ICS News Desk - October 18, 2021 0
Indian skipper Virat Kohli, during the toss of the warm-up match against England, confirms that KL Rahul will open the innings with Rohit....