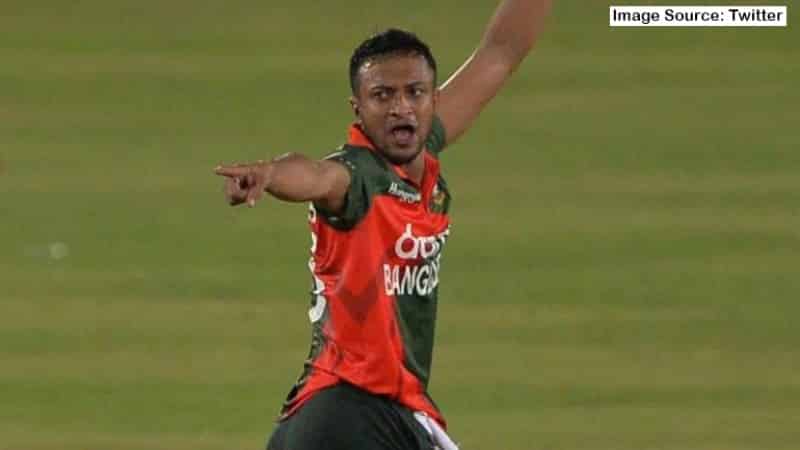 According to the leading Bangladesh cricket portal ‘BDCrictime’, “Mohammedan Sporting Club captain Shakib Al Hasan has been banned for four matches due to his arrogant behaviour in the Dhaka Premier League. He will not be able to play the eighth, ninth, tenth and eleventh round matches of the DPL.”

During the game between Mohammedan Sporting Club and Abahani Limited, Shakib lost his cool twice. In one instance, Shakib got angry after the on-field umpires turned down his leg before appeal against Mushfiqur Rahim and he kicked the stumps.

On another, Shakib went furious and uprooted the stumps, flung them to the ground after Umpires called for covers when just one ball was left in the sixth over.

The game was soon resumed and Shakib’s team won it comfortably, but he also got engaged in a world exchange against the opponent’s team members and officials.

Following the game, the all rounder tendered his apology on his Facebook page.

The decision to ban him for four games was taken after the match officials submitted their report to Kazi Inam Ahmed, the chairman of the Cricket Committee of Dhaka Metropolis (CCDM).

Shakib’s coarse behaviour went viral all over the internet and the whole cricketing world censured his act.

The senior Bangladeshi cricketer has already served a year ban after he failed to report the corrupt approaches during an earlier edition of Indian Premier League.

Vivo IPL 2021: BCB reluctant to provide NOC to Shakib and Mustafiz for the remainder of Vivo IPL 2021

ICS News Desk - November 29, 2021 0
This article will guide you through the complete details of the IPL 2022 Player Retentions - When and Where to watch the live......