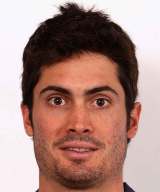 Ben Cutting’s Profile: A fast bowler and productive lower-order batsman, Ben Cutting was on the verge of Test selection in 2011-12 when he was named in Australia's squad during their home series against New Zealand. But instead of winning a baggy green, he had to settle for experience around the squad, and the following summer made his debut in ODIs and T20 internationals against Sri Lanka. Capable of creating steepling bounce from his 1.92m height, Cutting owns two types of bouncer, including a very fast one which often surprises the batsmen. His standout summer was 2009-10 when he topped the Sheffield Shield wicket tally with 46 at 23.91, and he was again near the top of the list in 2011-12. Although he has struggled to hit those heights again, Cutting remains a valuable all-round performer for Queensland.ESPNcricinfo staff