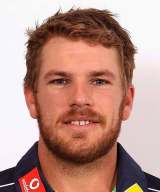 Aaron Finch’s Profile: A solidly-built, aggressive batsman from the country town of Colac in south-west Victoria, Aaron Finch ascended to become Australia's permanent ODI and T20I captain. He also made his Test debut in 2018 on the back of his white-ball form but the experiment of turning him into a Test opener only lasted five matches.