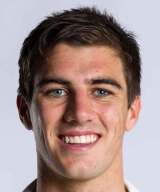 Pat Cummins’s Profile: In the wake of Australia's ball-tampering scandal Pat Cummins became arguably the nation's shining light in a cricketing sense. He took match figures of 9 for 141 against South Africa in Johannesburg - the scene of his debut as an 18-year-old in 2011 - after Australia's world had fallen in on them in Cape Town, and then stood tall in the rebuild over the next 12 months.