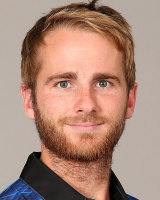 Kane Williamson’s Profile: By the time Kane Williamson is finished with playing cricket, it is probable that he will be New Zealand's greatest batsman. Even Martin Crowe endorsed that view. Williamson is ambidextrous, bats right-handed in the top order across formats, and has become a pillar of the New Zealand side since he made his debut in 2010.