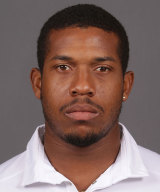 Chris Jordan’s Profile: Chris Jordan's remarkable turnaround after being released by Surrey at the end of 2012 was capped when he was named in England's Test squad to play Sri Lanka less than two years later. Having made an immediate impression at Sussex, Jordan was picked for England in late 2013 and seemed at home at international level during a run in the limited-overs sides over the winter, leading to his elevation to five-day cricket with a Test debut against Sri Lanka at Lord's at the start of England's 2014 summer.