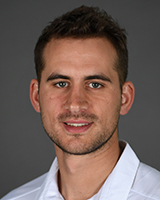 Alex Hales’s Profile: There was no doubting the yearning when Alex Hales made his ODI debut for England against India at Cardiff in 2014. If English cricket was still not debating the enforced removal of Kevin Pietersen from international cricket, it was arguing over the conservative approach towards one-day batting at the top of the order. Hales, a tall batsman with a destructive range of offside drives and cuts, was seen as a player who could potentially change the conversation into something more positive.